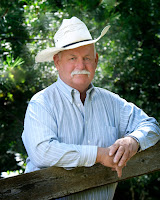 Danny Kemp has been named as the 2010 inductee into the Nevada County Fairgrounds’ Hall of Fame. The Fair’s Board of Directors chose Kemp for his significant contributions to the Fair and to the youth of Nevada County.

“I am thrilled with how the Ag Mechanics Auction has grown since its inception,” said Kemp. “I am proud of the students who make it happen, and I am pleased that it opens another avenue for children to be successful.”

Kemp has always been a great supporter of the Fair. He was a member of the Nevada County Fair’s Board of Directors from 1985 through 1989, and, even today, he continues to be available to provide his assistance to the Fair team. Following each Fair, he makes it a point to meet with management and provide his positive critique and to offer his help in continuing to improve the Fair. He has always been a person that the Fair team relies upon for advice and direction.

“Danny is an individual who has made significant contributions to the Fair,” said Fairgrounds CEO Sandy Woods. “He is a person that we appreciate and admire, and his presence will indeed be missed in the future. It is a well-deserved honor for him to be named to the Fair’s Hall of Fame.”

Kemp, who has lived in Nevada County since 1975, has been a teacher in Nevada County for 34 years. He started his career at Nevada Union High School, and then began teaching at Bear River High School when it opened in 1986. In 2005, he received a Teacher of Excellence award from the California Ag Teachers Association.
Kemp will be formally inducted into the Hall of Fame at opening day ceremonies on Wednesday, August 11. In addition to access to the Fair and its many activities, he will receive a portrait donated by Shaffers Originals. 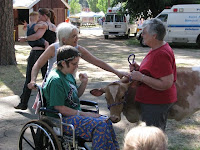 During the Day for People with Disabilities, which happens every year on the Friday of the Fair, those with disabilities are admitted to the Fair at no charge, as is a guest or a chaperone. Additionally, individuals are given free parking, and vendors are brought in to offer products and services that cater to people with disabilities and to those that assist them.

There are several events and activities planned throughout the day. In the Ag-Sperience area, there will be an accessible location for individuals to see and interact with the livestock. In the same area, Master Gardeners will be demonstrating “Accessible Gardening.” On the patio of the Northern Mines building, the Gold Country Wood Turners will offer a sit down lathe for those who are wheelchair bound to try their hand at creating wood art.

Mark Wellman, a nationally acclaimed author, filmmaker and motivational speaker, will be at the Fair’s climbing rock wall, where Mobile Rock is donating time for those with disabilities to have a try at climbing. Wellman will then be joining Candace Cable of Turning Point Tahoe on the Budweiser True Music Stage at 2 pm for an inspiring, motivational presentation. Rounding out the evening, local DJ and break dancer, Rico Stephenson, will serve as the DJ at the Fairgrounds’ Dance Pad.

FREED Center for Independent Living, founded by Nevada County resident Sam Dardick, is a non-profit group dedicated to serving people with disabilities. The Americans with Disabilities Act was passed in 1990 to prohibit discrimination against disabled people.

The Day for People with Disabilities is presented by Pacific West Pharmacy, Inc. and FREED, The Independent Living Resource Center.

Tags: 2010 Nevada County Fair and Day for People with Disabilities.

Bring a can of food (or two or three) to the Fair on Sunday, August 15, and the Fair will give you a coupon for $1 off general admission to the Fair on that day. The Food Bank will have food collection bins available at the Fairgrounds from 10 am – 5 pm at Gates 1, 3 and 5, which is also where you’ll receive your coupon. It’s that simple!

All food collected on that day will be given to The Food Bank of Nevada County, which distributes food to those in need in our county. At last year’s canned food drive, 1,240 pounds of food were collected – enough to feed 550 – 600 families.
It’s the best of both worlds – fun at the Fair, while helping out in the community.

It’s all part of Community Involvement Day, sponsored by YubaNet.com and The Food Bank of Nevada County, on Sunday, August 15, at the Nevada County Fair.